The Reeses are HWC supporters from Des Moines, Iowa. They are recipients of an award presented annually to a member of the HWC community who best displays the characteristics that define the late Rob McReynolds’ life as a husband, father, friend, athlete, coach, mentor and businessman. Those characteristics include directing endless energy toward achieving a desired outcome, inspiring others to achieve their highest potential, and providing loving support and compassion for those around him.  Eligible recipients include club athletes, club coaches/staff, fans and supporters.

Barb McReynolds and the HWC board presented the Rob McReynolds Passion Award to the Reeses on Wednesday near the Dan Gable statue at Carver-Hawkeye Arena.

“We are humbled, honored and inspired to receive the Rob McReynold’s Passion Award.  Upholding Rob’s legacy is important to us, so when we share and discuss this award we will continue to share Rob’s passion for the Hawkeye Wrestling Club, wrestling, and family with the purpose of making a positive IMPACT in others’ lives daily.

“We are proud to have the opportunity to engage with a world-class club.  We gained a new family of friends and lifelong memories because we volunteered, and we highly encourage people to get involved with the HWC and attend events.

“Thank you to Barb McReynolds and her family, Randy Novak, the HWC Board, Tom, Terry, club members, the Iowa Staff, and all of the people in our Des Moines group. We have a blast being a part of this organization.”

“I want to sincerely thank the Hawkeye Wrestling Club for this award that honors the legacy of my husband. Congratulations to Steve and Beth Reese for their incredible contributions to HWC. Their commitment and passion is outstanding.”

“This award has special meaning to me as Rob was a personal friend and I saw his passion, not only for the Hawkeye Wrestling Club, but his passion for his family and his friends. Steve and Beth have similar passion and they lift everyone up around them. I’m proud to call them both friends also. They represent everything this award was created for.”

“I know how much this award meant to Rob, and I know Steve and Beth embody everything this award represents. There is a lot of emotion on this day for me, and there always will be because Rob positively impacted a lot of people. He was a fan like nobody else and I know he would be proud of Steve and Beth. They are great people who represent this award with dignity, so congrats and thank you to both of them.”

Born in Dodgeville, Wisconsin, Rob McReynolds moved to the Hawkeye State with his family in 1964. He graduated from DeWitt Central High School in 1977, lettering as a three-sport athlete in baseball, football, and wrestling. Rob excelled in wrestling and set the school single-season record with 31 wins in  1977.  He did not win the Iowa State Wrestling Tournament and ironically, this disappointment became a driving force for many things he did over the next thirty years.

After their marriage in 1981, Rob and his wife, Barb moved to Colorado. There, he began his 36-year career in the roofing business. He purchased D&D Roofing Inc. in 1997. With enthusiasm, trust, and hard work, he built an incredible customer base.  He was committed to keeping his customers happy, and every employee was aware of this priority. In addition, the company won job workmanship awards from the Colorado Roofing Association (CRA) for 15 consecutive years. Nationally, D&D Roofing ranked as high as 16th based on total sales volume and they consistently finished in the top 40 in the U.S. In 2014, D&D Roofing won the National Roofing Contractors Association (NRCA) prestigious Gold Circle Award for the job of the year.

During his career in roofing, Rob held many leadership roles for both the CRA and the NRCA. In the roofing industry, it was well known that Rob raised the bar for roofing contractor standards. Starting in 2003, he worked on over 19 different committees for the NRCA for 10 years. He was the president of the National Roofing Legal Resource Center in 2008. Rob also served as a director for the NRCA from 2003 to 2007 and was later promoted to vice president of the NRCA Executive Board from 2009 to 2011. Rob was the president of the CRA in 2004. In 2013, Rob won the Lifetime Achievement Award from the CRA. Rob sold D&D Roofing Inc. in January of 2016 and managed the transition for the new owners for two years until retiring in January of 2018.

A loving husband and father, Rob and his wife raised two daughters. As a family, they suffered the loss of a three-month old son who died of SIDS in 1987. Without a doubt, Rob was devastated. He found an outlet to ease his pain through coaching High School wrestling in Colorado. Those who wrestled for him knew that Coach McReynolds required dedication and commitment, but they also recognized that he sincerely cared to make them better at their sport and outstanding young men. He coached for a span of 10 years through 1996. The pinnacle of Rob’s coaching career came from 1993 through 1995. For those three consecutive years, Rob coached the wrestler of the year in the state of Colorado. Those three wrestlers had a combined record of 107 wins with zero losses. Rob also coached a Colorado Cadet and Junior National team from 1992 to 1995.

Rob was passionate about everything in life and was known for his high energy, drive, and determination. An avid Hawkeye wrestling fan, Rob was a board member of the Hawkeye Wrestling Club. He attended 34 NCAA wrestling tournaments and was a member of the National Wrestling Coaches Association for 25 years. With his family at his side, Rob passed away in September 2019 following a bout with cancer.

About the Hawkeye Wrestling Club:

Since its inception in 1973, the focus of Hawkeye Wrestling Club has been to provide the training, coaching and resources necessary to help our athletes pursue their dreams of becoming World and Olympic Champions. The money raised through the HWC goes directly to benefit the athletes helping with living expenses, training and traveling needs. Maybe the most important aspect of the HWC is its pursuit in trying to get the best post-collegiate athletes to train with the HWC together in Iowa City to attain the ultimate prize in wrestling… World and Olympic gold medals.

Stay Up To Date

What's Everyone Talking About?

Check Out Our Channel

Click here to
Donate To The
INNER CIRCLE
Donate
Donate 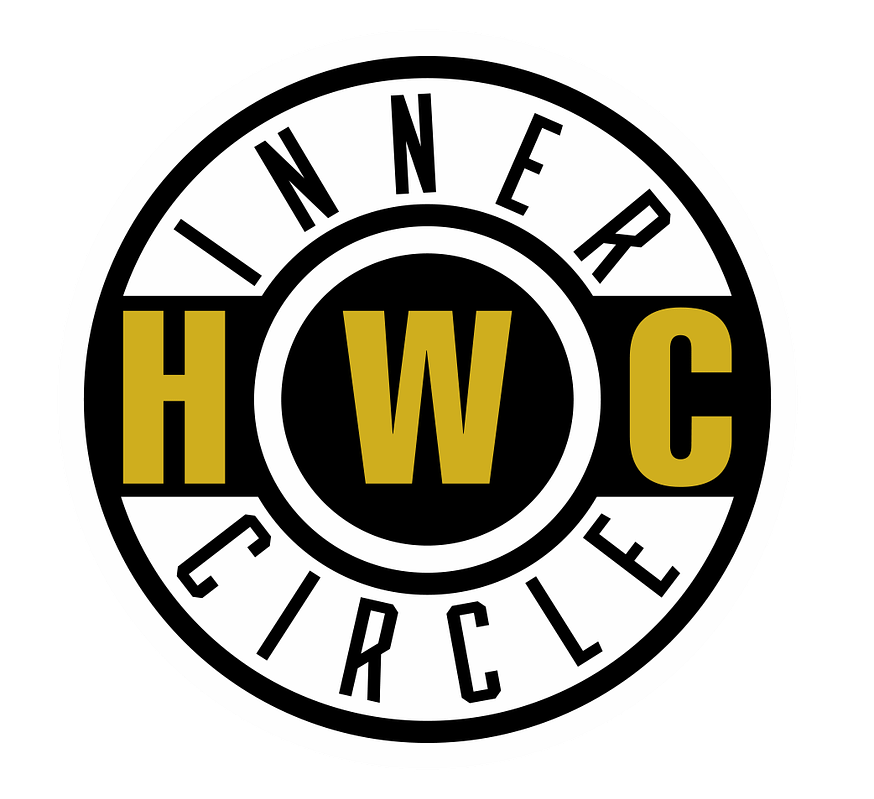 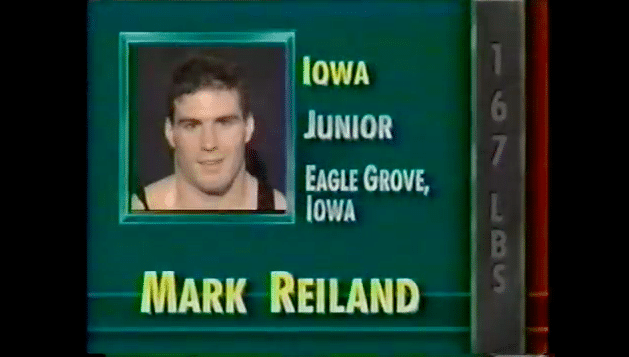 I’m plunging for my brother, Dan.

HWC member Jeremiah Moody has been diagnosed with Hodgkin’s lymphoma.

Steve Cannon vs Iditarod [again] for the HWC

Hawkeye wrestling club survives on donations from people like you. With your support we can make the Hawkeye Wrestling Club the best Wrestling Club in the world!

We firmly believe that the internet should be available and accessible to anyone, and are committed to providing a website that is accessible to the widest possible audience, regardless of circumstance and ability.

To fulfill this, we aim to adhere as strictly as possible to the World Wide Web Consortium’s (W3C) Web Content Accessibility Guidelines 2.1 (WCAG 2.1) at the AA level. These guidelines explain how to make web content accessible to people with a wide array of disabilities. Complying with those guidelines helps us ensure that the website is accessible to all people: blind people, people with motor impairments, visual impairment, cognitive disabilities, and more.

This website utilizes various technologies that are meant to make it as accessible as possible at all times. We utilize an accessibility interface that allows persons with specific disabilities to adjust the website’s UI (user interface) and design it to their personal needs.

Additionally, the website utilizes an AI-based application that runs in the background and optimizes its accessibility level constantly. This application remediates the website’s HTML, adapts Its functionality and behavior for screen-readers used by the blind users, and for keyboard functions used by individuals with motor impairments.

If you’ve found a malfunction or have ideas for improvement, we’ll be happy to hear from you. You can reach out to the website’s operators by using the following email

Our website implements the ARIA attributes (Accessible Rich Internet Applications) technique, alongside various different behavioral changes, to ensure blind users visiting with screen-readers are able to read, comprehend, and enjoy the website’s functions. As soon as a user with a screen-reader enters your site, they immediately receive a prompt to enter the Screen-Reader Profile so they can browse and operate your site effectively. Here’s how our website covers some of the most important screen-reader requirements, alongside console screenshots of code examples:

We aim to support the widest array of browsers and assistive technologies as possible, so our users can choose the best fitting tools for them, with as few limitations as possible. Therefore, we have worked very hard to be able to support all major systems that comprise over 95% of the user market share including Google Chrome, Mozilla Firefox, Apple Safari, Opera and Microsoft Edge, JAWS and NVDA (screen readers), both for Windows and for MAC users.

Despite our very best efforts to allow anybody to adjust the website to their needs, there may still be pages or sections that are not fully accessible, are in the process of becoming accessible, or are lacking an adequate technological solution to make them accessible. Still, we are continually improving our accessibility, adding, updating and improving its options and features, and developing and adopting new technologies. All this is meant to reach the optimal level of accessibility, following technological advancements. For any assistance, please reach out to